The recent reports about Canadians running into problems with immigration authorities at U.S. entry points have brought to light the need to give Canadians vital information regarding cannabis and air travel. This article discusses six important tips that you should keep in mind if you plan to fly with cannabis. 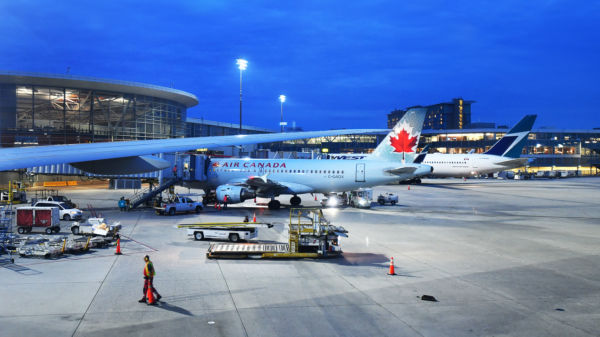 The law legalizing recreational cannabis in Canada allowed people to carry cannabis in their checked baggage or in a carry-on bag on domestic flights as long as it doesn’t exceed the 30 gram limit for each person.

That 30 gram limit or its equivalent in other forms of cannabis, such as cannabis oil or extracts, needs to be packed in a way that adheres to the regulations governing air travel. For example, the cannabis oil shouldn’t exceed 100ml and it should be packed in a clear plastic container.

Tip #2: Beware of Flight Diversions to the U.S.

Unexpected events, such as adverse weather, can compel a domestic Canadian flight to be diverted to the U.S. In such a scenario, people who have cannabis on them or in their luggage may suffer under U.S. law since cannabis is still an illegal substance in the U.S. Travelers should therefore be aware that they could be denied admission or be jailed if found with cannabis when a flight is diverted to the U.S.

Tip #3: Be Careful When Packing Your Stash

It is also advisable to pack cannabis in a bag after putting it in a sealable container. This added precaution will save you from finding a mess in your travel bag in case the cannabis container opens accidentally during the flight.

You should also remember that the rules governing how much marijuana you can carry don’t cease to apply once you are airborne. You should therefore stick to just 30 grams or less when traveling.

While recreational cannabis became legal across Canada on the same day, the smoking rules vary from one province to another, and even from one municipality to another.

It is therefore wise to check the smoking rules before you leave for your destination. For example, while you can smoke cannabis in any public place where smoking tobacco cigarettes is allowed, New Brunswick passed rules that only allow adults to smoke cannabis in the confines of their private residences. Confirm the smoking rules where you are headed and adhere to them while there.

Just as cannabis smoking rules may vary from one jurisdiction to the next, so do the age-limits for individuals who can legally consume recreational cannabis. It is therefore possible for you to get cannabis legally in one province only to be arrested once your plane lands in another province whose age-limit is different from the one at your point of origin.

For example, an 18-year old can legally buy recreational cannabis in Alberta but such an individual may be arrested upon landing in Manitoba or any other province whose age limit is 19. Keep these age limit differences in mind before you board a plane with cannabis if you are 18.

It is a big mistake to think that you can carry your legal weed from Canada to another country. Canadian law doesn’t permit it, and neither do the laws of most countries. Cannabis is a controlled drug internationally, so it is rare to find a country that allows travelers to enter or leave the country with cannabis.

This restriction also applies even if you are flying to or from a state where cannabis is legal. For example, you cannot board a plane in California and expect to travel with cannabis back to Ontario or any other Canadian destination. You will certainly be arrested for trafficking an illegal substance.

As you can see, carrying cannabis on a flight comes with a number of risks that you should weigh before you embark on your journey. Grow Canada recommends that you leave your weed at home and buy just what you need during your stay at your destination. This will save you from having to deal with any complications in case your domestic flight ends up across international borders.

Toggle Sliding Bar Area
No Medical History Required - Cheap Renewals - ​ Everyone Is Approved -- Up to 500 Plants
4 PLANTS ARE NOT ENOUGH -
LET US HELP YOU GROW MORE
Enter your information below to receive an instant reply with our prices and procedures: